3 Secret Founding Fathers of the Declaration of Independence - UNDER CONSTRUCTION 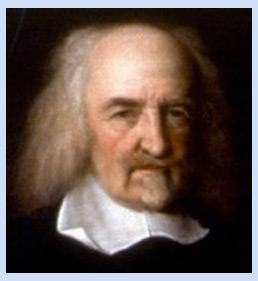 3 Secret Founding Fathers of the Declaration of Independence

“That to secure these rights, Governments are instituted among Men, deriving their just powers from the consent of the governed.”

This line from the Declaration of Independence reflects the direct influence of Social Contract Theory, which was first developed by Thomas Hobbes, and later expounded upon by John Locke.

Hobbes argued that, in our natural state, humankind tends towards concern only with the self and fulfilling selfish needs. Thus, we lack incentive to cooperate, and the security of knowing that we can cooperatively work towards bettering our positions in life. Anyone doubting this need look no further than the trampling of shoppers at American malls during Thanksgiving Day sales. In response, Hobbes claimed that all of us enter into a “social contract.” We give up absolute freedom to a government, and in return we receive protections of our other rights—such as the right to pursue a better life. In other words, when we get hungry, we cannot steal a delicious cheeseburger that we want, as this violates the laws of that govern us. However, through buying the cheeseburger and paying its costs and associated taxes, we are contributing to a society in which we may one day be able to own the delicious hamburger shop ourselves. Or something like that.

The concept of the social contract is one of the most powerful instances of Western philosophical and political thought, and laid a strong foundation upon which America’s Founding Fathers based their dissolution of association with Britain.